Finally! The Bangko Sentral ng Pilipinas has released the New Generation designs of Philippine banknotes including the new 500 peso bill with both Ninoy and Cory. Here they are! 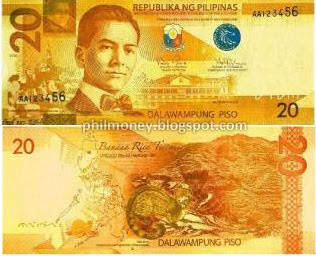 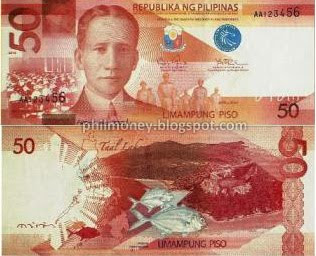 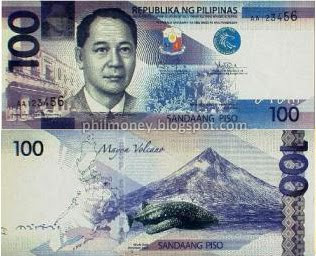 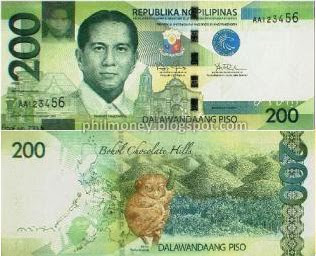 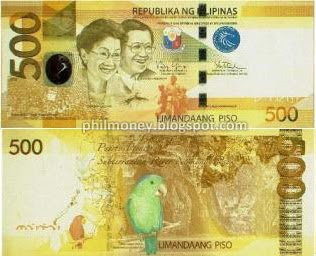 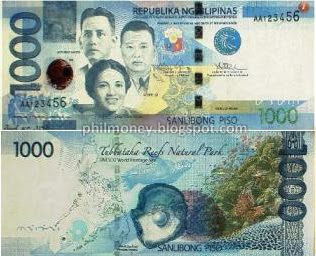 So what's new with these banknotes?
What's the same?
Expect the new 20 and 50 peso bills next week in time for the Christmas! The rest will probably follow next year. Don't worry, the old designs will still be valid for the next three years.

hmmm,... i think they should have featured the philippine's national fruit, wchich is mango, and the carabao...

sir i would just want to ask your permission if i can use those pictures in my blog.thanks

Does the Central bank have any plans to change existing coins in circulation...?

A change in existing banknotes should be complemented by a change in coins, right...?

Nice site you got here. I am looking for an exchange partner for Philippines current and uncirculated notes. If you are interested, please feel free to contact me for a chat.

Have a great new year.

the One Peso 1972-1974 does not worth much. Unless they are in mint or uncirculated condition. They are still too many. Akso they are not made or contain silver.

I read an article somewhere that the "embossed" or "carved" feature has disappeared. Is this true?

.....i am happy to see the revised designs of phillipine peso bill! i give credit to all the people behind of that!STOP critisizing!just appreciate it!thanks.

sana mag release din tayo ng blessing sa pera natin, y don't we put a quote into our Philippine money that bessed is thy nation who's God is the LORD"

i think they should put there are phil. national animals like "bangus" phil.eagle and the carabao .. but its beautiful .. love it

This is a link on the video presentation used by the Bangko Sentral ng Pilipinas during the launch of the New Generation last banknotes December 2010.

The Marcos era banknotes are better. And still better were the pre-marcos era banknotes.
The presence of the Oquina's in 500 bill is a total crap and shit. Worse, their abnoy son changes to what is now a total piece of shit garbage and trash worthless paper bill.

Anonymous said...
This comment has been removed by the author.
2:39 AM

Hi, may i know please:

i've read from wikipedia that new coins will be released this year(2012), and these coins will feature national symbols of the philippines. :)

i really like the new banknotes,,
yes,there are fakes existing but at the end of the day,for us to enjoy our currency's beauty, we filipinos must take time to know the easily recognizible security features of these notes...
^_^

Coins that are not used need to be reminted and reissued only in the following denominations:

Hey you upload only banknotes kindly upload coins too so that we can analyse them together.Thanks

You can earn while enjoying time with your family and love ones.
for more details, kindly visit http://www.unemployedpinoys.com/

to get started., Email me at besbremisana@yahoo.com

i have a 500 peso bill but no print of 500# @ the back, just the bird and some shades of the tree. is anyone interested of buying?

We BUY and SELL:

we have several shops in Quezon City Area